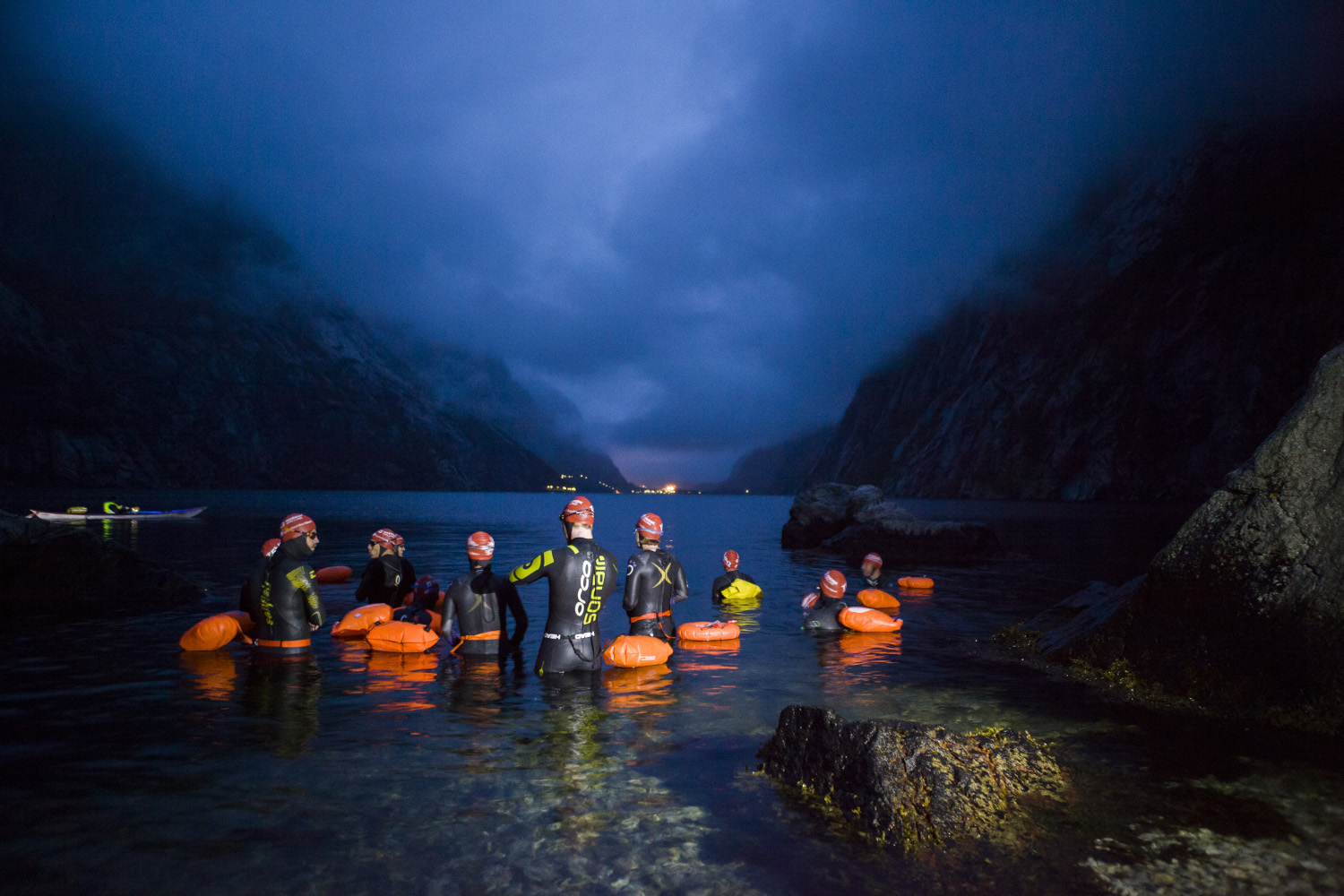 How long is the thorXtri?

This unique event is a full distance triathlon consisting of 3.8 km of swimming in a refreshing fjord, a 180 km point-to-point bike ride through beautiful countryside to the coastal region of Stavanger. The event culminates in a marathon seaside run that takes athletes on a 42.2 km coastal run with a combination of roads, tracks and paths before finishing at the impressive 'three swords' memorial, hopefully before midnight! Swim in the Lysefjord

After the ferry departs at 04:00, athletes will be ready at 05:00 for a refreshing 3.8km swim back upstream into the Lysefjord to reach T1. With three outflows from hydroelectric power stations to swim against and water temperatures likely to be 12 degrees or less, and colder as swimmers approach shore, you can expect the swim to be far from straightforward. After the athletes' support teams have provided them with hot drinks to warm up after the swim, it's time to put on their cycling gear and the 180km bike ride begins with a bang! The participants ride straight up one of Norway's famous road climbs. The 'Lysebotn-climb' includes 27 hairpin bends and is a test climb of 10.5 km with an average gradient of 8.3% - athletes gain almost 800 metres in the first 11 km of the climb and eventually reach a peak of 932 metres! After the Lysebotn climb, the stunning route leads through rugged, rocky landscapes, which can be quite daunting if conditions are not right. Weather permitting, the extensive country roads take you through fairytale country past rivers, mountains, valleys and lakes - a joy to drive! The prevailing Westerly headwind can make things difficult, but the route eventually eases to a flatter final section as riders approach T2 and the Sandnes and Stavanger areas.

After several hours of racing, the running course can be deceptively tough. An undulating marathon by the sea along a mixture of tarmac, gravel and paths, the saving grace may be your optional support runner! As a whole, the event is as much an experience as it is a race, and those who take part enjoy challenging themselves to become legends. It is said that when the Vikings went to war, to be successful they needed determination, strength and metal fortitude - the same traits needed to become a thorXtri legend! It's a unique and iconic event, and one that VOOM is very excited to partner with.

With so many spectacular venues and events in the beautiful, rugged landscape that Norway has to offer, keep your eyes peeled for further VOOM partnerships in Norway ...